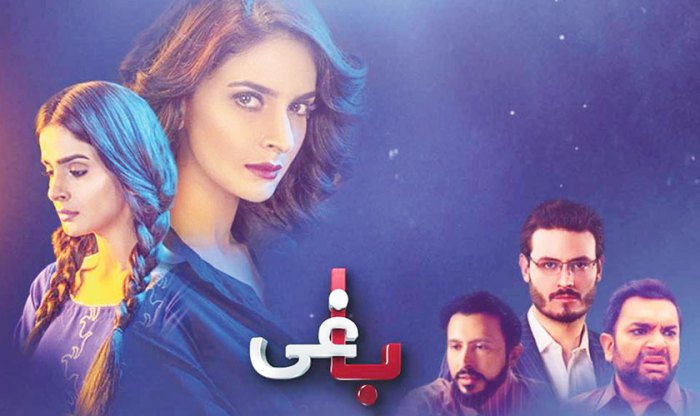 Fauzia Batool is a girl of a different type, the type who does not allow others to dictate her life. The problem, however, is that she is born in a conformist culture, where thinking outside the box tau kiya, balke within the box bhi sochna mana hai, infact sochna hi sirey se mana hai. Especially if you happen to be a girl. And that too one with stars in her eyes.

And so sparked the first rebellion.

Had her family not forced her hand she would’ve probably never thought of Dubai returned Abid, cheapo golden watch ‘n all, as a prospective groom.  But now that she had, she liked what she saw and heard. For his part, Abid was deaf to what ever the heck she was going on about, all he was seeing was akin to eid, baraat and shab-e baraat all rolled into one big celebration. And so of course he was going to say whatever it took to get her to agree to his shaadi ka paigham.

But even with the guy and gal being raazi, it was not that easy to get the baraatis raazi and so his poor amma returned home empty-handed fuming on account of her insult. And yes, insults seemed to be the order of the day. First Fauzia was affronted because nobody bothered asking for her consent, later Asma felt insulted because Fauzia walked unannounced into their bedroom,  then Rahim lost his temper because Fauzia insulted him, finally Sajid got a tight jhapar from an angry Fauzia, and he is now walking around with his inflated mardana ego hurt. Ergo, nikah scheduled next week. These, in a nutshell, were the highlights of this latest episode of Baaghi.

Thanks to the fact that this is [not] a biopic and the promos have revealed all (at least for the next few episodes), there is not much left to anticipate. Couple that with the fact the script is unimaginative, apologetic and repetitive, and dialogues and styling are out of sync with the characters and their context, I have nothing to add to what I have already said in my earlier reviews.

It would be churlish to not appreciate the work of Farooq Rind, the director, the fabulous actors and the tech crew who have put in effort, the kind that shows. Saba Qamar as Fauzia ups the game with every episode (enough to make me overlook her glossy hair, perfectly manicured nails and color coordinated naye nikor jorey – 4 changes in this episode). Fauzia’s quietly reflective calculating look when Abid proposes to her, her childlike delight at the thought of free magazines, and her acceptance of Abid’s proposal were fab moments and Saba aced them all.

Ali Kazmi as the smitten slimy suitor is fabulous. I wish they hadn’t revealed his volte-face because it renders superfluous his effort to create a believable arc for his character. Among others, Nadia screamed a lot, the volley of abuses she hurled at the neighbor was on point funny, and Sarmad showed off his freehand skills. Mercifully they are good enough actors to make it work with their expressions, exchange of glances, and body language but one does question the need to harp on the same point again ‘n again. Yes, yes, we get it. Asma and Rahim are horrible people.

Speaking of good enough actors, it is fabulous to have my fave Simi Raheal here as Abid’s mom. She was absolutely fantastic as the amma stressed out about her sohna munda, after whom all the gaon ki goris were crazy. Wah kiya kiya tensions hote hain logon ke bhi! Hers was the part I thoroughly enjoyed and rewatched, just for the sheer pleasure of it.

Apart from the overall approach and scripting issues, the over loud background score was a problem. It was difficult to hear what Saba and Ali were saying in the store because their voices were very nearly drowned out by the strains of the OST. The refrain played almost on a loop and was used like subtitles at some points, which is so not the purpose of these signature songs. We get the point of the scenes and can do without the Cliffs Notes. Also, why was there the sound of a running sewing machine in the background when Asma was having her shouting match with the neighbor? Her mother-in-law-was sitting there with a sewing machine, true, but she never used it!

Chalte chalte, can someone tell me why the women in the gaon, Fauzia, her friend, Abid’s mom, were all wearing the same pair of jhumkis? Abid ki dukan mein clearance sale lagi thi kiya?

Bottom line, three episodes in, I am disappointed with the makers’ overall approach to this story so far and am watching solely for the fabulous actors and their take on the otherwise uni-dimensional characters. Here’s to hoping for improvement in the weeks to come.