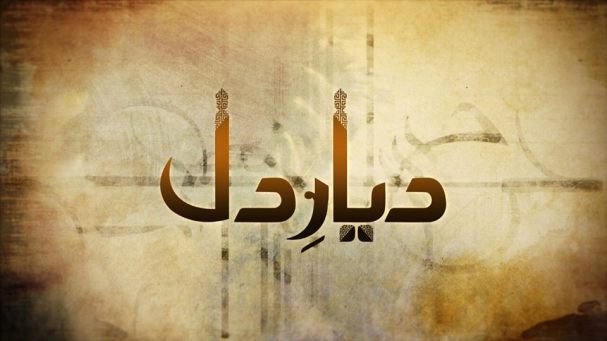 It took thirty three weeks but finally we got an episode that lived up to expectations built up by the initial teasers. This was the old world charm, sweet story, ease of execution, and subtlety of expression I’d been waiting for ever since the serial began.

That I walked away with a smile on my face is probably the reason why I am waxing lyrical about an episode that had me gritting my teeth almost as soon it began. Why Fara needed to cry so much throughout is beyond me, but khair ab all that is Wali’s masla so let’s leave bhai jan to deal with bhabhi jan and her rim jhim barastey nain and bin badal barsat.

Another head scratching moment happened when we met the newest jori in town –  Arjumand and Ruhi!?! When did this dostana happen? But again, in the interest of letting bygones be bygones, and that I couldn’t have taken more of the devrani jethani jhig jhig, I’m glad the two ladies made peace with each other and were last seen happily engrossed in taiyyaris for the most anticipated shaadi of the year.

Joining them in their taiyyaris was the lovely Zarminey. This girl was such a breath of fresh air in a serial overloaded with ek se barh ke ek dramebaaz characters. Sweet and serene, Zarminey was really the dil of this diyar. Mariyam Nafees, you were fabulous! I hope we get to see you soon in a more substantial role.

And if his youngest grandchild was the dil then the jaan of this serial has to be Agha jaan.  There were so many inconsistencies and contradictions in what this character said and did, but kudos to Abid Ali for making us overlook all and keeping us riveted to the screen. Had it been any other actor, Diyar-e Dil would’ve fallen apart a long time ago, but it is a testament to his brilliance that he was able to imbue so much meaning and depth to all that he said and did as Agha jaan.

Matching up to the very high standards set by Abid Ali is no joke but it is to Osman Khalid Butt’s credit that he not only held his own but actually left his mark in some of their scenes together. That I followed this serial, despite all my aggravations, is due in large part to these two actors. It has been great to see Osman grow and evolve as an actor with each character that he’s done.

What really impressed me here was Osman’s very fresh take on the quintessential lover boy, which broke free of the Hasan, Ashar, AND Zaroon mode. Finally, in Wali, we have a character who will stand on his own for a very long time. Yes, he needs to think less and be more in the moment, and I really wish those gun-toting moments had been thought through a lot more seriously, but overall Osman owned Wali.

Osman’s co-actor did not fare quite as well. Maya Ali has come a long way since her Aik Nayi Cinderella days, but she still lacks consistency; here, though she had some good scenes along the way, Fara never really stood out as a character. To be fair to Maya, ek tau Fara wasn’t really written well and then to top it off she was asked to cry in every other scene which did not help her case at all.

From the younger generation to the older generation, Diyar-e Dil had started off as a story of two brothers, Behroze and Suhaib. Mikaal Zulfiqar and Ali Rehman Khan both did as well as they could with roles that really did not have much going for them in terms of characterization. Suhaib has his moment of shame with his kaali siyah raat and Behroze, not to be left behind in this race to prove his mardangi, had his moment when he threatened to divorce Ruhi.

The two bhais tau died araam se and hum bechare viewers were left to deal with the raita these two had phailaoed. Enter angry Arju and ranting Ruhi. I see these two characters as an opportunity lost because there was so much potential here, so many nuances begging to be explored, but alas! Sanam Saeed and Hareem Farooq are two very talented ladies but theirs were such one note characters that there was very little anybody could’ve done with these. Ahmed Zeb as Moiz was a great villain; Tara Mehmood and Behroze Subzwari would’ve left more of an impact had their characters had any depth.

My biggest beef with this serial has to be that it was marketed as a Wali-Fara story but what we got instead was everybody else’s story; bulk of their scenes from the teasers showed up in the final episode. Apart from this bait and switch issue, other problems included a patently over-stretched script, uneven focus on characters, never ending monologues, long scenes, characters contradicting themselves, repetitions galore, editing issues,… I could go on and on but so much better to just listen to this song …

All kidding aside, most egregious was the addition of scenes such as the kaali siyaah raat, Behroze threatening to divorce Ruhi, Wali dragging Fara by the arm and kidnapping her, the horse ride from hell, chhe ki chhe goliyan type dialogues, each one more special than the other. Didn’t Arju and Ruhi and Fara, and by extension we the viewers, deserve an apology? In the end Fara apologized for all her kardah and nakardah gunahs, but where was Wali’s apology? No matter how you spin it there was absolutely no excuse, and most importantly no need for such scenes, and then to see these in a serial that was all about promoting family values… sorry not buying it.

I know there are tons of fans of this novella and many have enjoyed the the screen adaptation but for me the writing was inconsistent and the extension of the original story not handled as well as it should’ve/could’ve been. I have a lot of respect for Haseeb Hasan’s work but will confess to being disappointed here.  The OTT filmy approach to the narrative in the first half, perhaps intended to distinguish Agha jaan’s jawani from his subdued demeanor in the latter half, did not translate as well on screen as it might’ve sounded in theory. So many of the long winded dialogues could’ve been trimmed and the scenes made shorter. Where Haseeb did make his presence felt was in his visualization, the framing of scenes, the performances he extracted from most of his actors. DOP Zaib Rao’s efforts went a long way in making this serial a visual treat, a huge reason why so many kept up with the serial.

Thirty three weeks in, this is the end of the road for Diyar-e Dil, a serial that never quite lived up to the expectations, but managed to go out with a bang. Most of those who’d left the serial mid way or given up in despair returned to watch the finale – and were not disappointed. But the fact that ‘Roohi’s life story’ as it was portrayed in the serial will actually be remembered for what it originally was – the story of Wali and Fara – proves that side characters from a novel should never be turned into the leads of a drama serial. For many, Diyar-e Dil will always remain synonymous with their favorite characters: Agha jaan and Wali Suhaib Khan. And I for one cannot blame them.