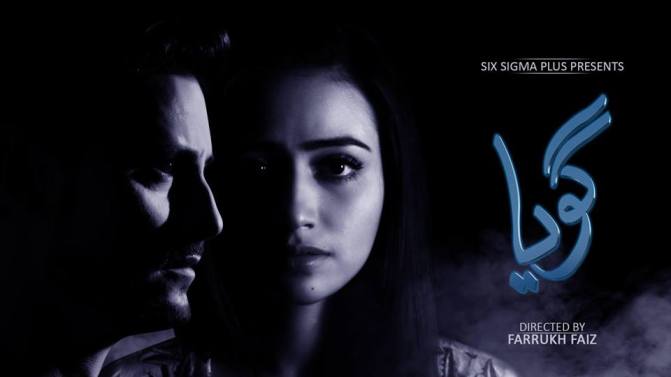 Goya ~ from the Persian verb guftan ~ Saying, speaking, as you (or as one) would say, as it were, thus in this manner, so to say.
Goya hona~ to speak, to begin to speak.

Very rarely it is that we come across a serial so aptly named. Goya is the story of Rahat Hashmi, a terse, authoritarian rich businessman. On the other hand, this is also the story of Omar Hashmi, Rahat’s only son, a pampered young man with no real purpose in life. As a pair the father and son are a study in contrasts. Where his father is confident, unhesitating, unafraid of voicing his sky-high expectations of his only son, Omar is immature, unassertive, lacks a sense of self. He rebels here and there, but by and large remains docile and compliant. A lifetime of conditioning has rendered him effectively mute. It is only when he is with close friends that we get glimpses of a more serious Omar, a man in his own right, chomping at the bit aching to free himself of his father’s shadow.

Mohamed Ahmed’s Goya is, therefore, a story about the importance of speaking, voicing all that goes unsaid in any relationship. It is a story of unlearning and re-learning, to break silences and breach gaps in communication. Rahat is not an unkind father, on the contrary he wants nothing less than sun, moon and the stars for his only child. The problem lies in the way he talks to his son, less like a father and more like a general commanding his troops. Omar starves for his father’s attention and affection, but has learnt the hard way that his father expects nothing less than full compliance. Hence, he too has given up on taking the first step and reaching out. Theirs is not a relationship where Omar can hope to share his dreams and ambitions with Rahat.

What makes Goya work is the manner in which Rahat and Omar’s strained relationship is skillfully juxtaposed against the easy going, loving relationship shared by Mohini Mirza and her single mom Asma. Nothing called communication gap here in this family. Now this what I call a perfect pairing of opposites! Where Rahat’s dominating ways have turned Omar inwards, Asma’s confidence in her daughter has made Mohini a confident girl, one with a clear sense of who she is and where she is headed. In sharp contrast to Omar’s hesitant and unsure ways this girl is bold and is not afraid to speak her mind. Their first meeting was crackling with chemistry and I can’t wait for more of their story to unfold.

As first episodes go, this was a solid opening from Team Goya. Mohammed Ahmed is a seasoned writer and his flair for penning relatable and real stories is on full display here. With no black or white extremes, a simple story on the surface, Goya appears to have layers of meaning embedded within crisp and meaningful dialogues. The director, Farrukh Faiz, has done a great job translating words from paper to screen. The narrative pace remained engaging throughout and the introduction of main characters and their defining personality traits was fluently accomplished.

Among the actors, Usman Peerzada and Shamim Hilali were the pick of the lot for me. It was a delight to see Farah Shah play an age appropriate role, but I was not swayed by her take on Asma, will wait to see how this character develops. Among the younger actors, Osman Khalid Butt impressed as he continues to show growth from Aik Nai Cinderella to Aunn Zara to now Goya. I am looking forward to seeing his more serious side here. Sana Javed also made her mark. Furqan Qureshi, Tara Mehmood, Asad Siddique, Hira Tareen, all marked their entrances. The one person who totally failed to impress was the very mediocre actress playing Aiza. I hope we don’t have to see more of her.

The one thing that stood out was the attention to detailing in terms of characters. We saw Omar wearing brightly colored t-shirts, reflective of his immaturity and youth and from the promos it seems that there will be a gradual progression towards a relatively sober palette and more formal wear. Similarly Farah Shah’s dressing and her house interior was reflective of her upbeat attitude towards life and her colorful personality. Mohini was also appropriately dressed, as were Hashmi Sr. and his young wife and the housekeeper Mrs. Imtiaz.

Sticking out like a sore thumb among all these positives was the low budget approach to the overall look of the project. The cafes/restaurants where Omar and Ali met were really dark, but even the dim lighting could not help disguise the shabby set up. Rahat Hashmi is presented as a hi-fi businessman, but the interiors of his house looked like they were designed on a shoestring, and woh bhi puraani wali. The bedrooms in particular were a disaster zone, aesthetically speaking. And where was the butler who is now a must-have for all uber rich TV families… tsk tsk, Hashmi sahab, itni kanjoosi?!

Overall I would say this was an entertaining first episode … not wow-worthy, yet, but definitely worth watching. Here’s to hoping it stays the course!

For those who asked ~ Shamim Hilali, Mehreen J, Nazia Hasan and Muneeza Baseer 🙂 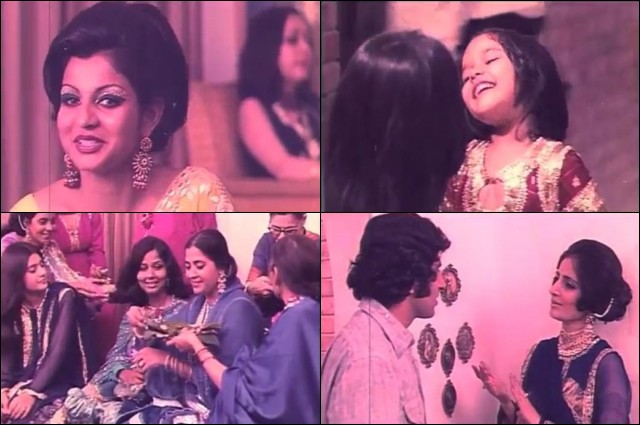