Sadly all good things in life must come to an end and such is the case with one of the most fun series we’ve seen on TV in recent times – Aunn Zara. A huge round of applause for Faiza Iftikhar, Haissam Husain and the producers for having the courage to go against the prevalent mazloom aurat + ziyada ansoo = higher rating mindset. The overwhelmingly positive response to this serial indicates that all major channels need to go back to the drawing board and rework their so called success formula. Not all viewers want to watch the same four/five ghissey pittey plots worked and reworked for the umpteenth time. It might come as a surprise to those in charge, but yes, there are those of us who do not enjoy long-winded lectures on ethics and morality, and neither do we enjoy crass and crude slapstick being passed off as humor. It is actually not that complicated as to what we want: a well-knit story with everyday, relatable characters, who, rather than being dipped in holier than thou white or shaded darker than black, are liberally painted in shades of grey. In short, all we want are stories of real people, not perfect heroes and evil villains, and Aunn Zara is a perfect example of such a story. 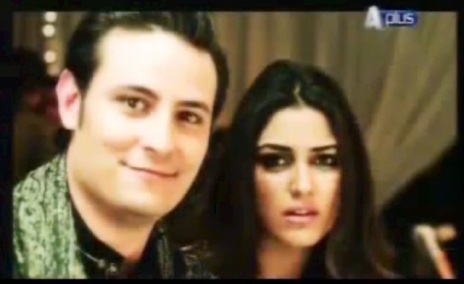 The characters we met in Aunn Zara where nowhere near perfect – in fact far from it. Aunn was as flawed as could be, and Zara could never stand alongside all the sati savitris that abound in our dramas. Alone, and as a pair, both made plenty of mistakes, but somehow managed to fumble and bumble their way to becoming relatively more responsible. I say relatively because they still have a long way to go before either could be termed as mature. That, even after all that happened, Zara was ready to leap up and run out of the bedroom when phupo called, showed that this girl, smart though she might be, had still not realized that this behavior was precisely what lead to Aunn seeking inspiration from all those ugh saas-bahu serials. Later, when she did connect the dots it made for a sweet moment. Similarly, Aunn telling off his father might have looked heroic in the moment, but seriously, did this man-boy really think he could support his entire tabbar? Bhai sahab ne aaj tak ek naukri tak tau tik kar ki nahin, ab do do naukriyan kahan se karne chaley?? Nonetheless, it was this precise streak of immaturity and impracticality that made this couple so endearing. Osman nailed it as Aunn. His expressions and body language conveyed Aunn’s coming of age arc really well. I must admit though, I enjoyed his woeful expressions so much more than his lovelorn puppy dog look. Maya still has a ways to go, but she was good as the chirpy Zara.

What made Aunn Zara a stand out was that this was not just a story of the main leads. Daadi Parveen Bano, Husna, Nighat phupho, Daday Jamshed, Pir Manzar, all had beautifully etched out characters. Nasreen Qureshi was simply magnificent as the crusty, tell-it-like-it-is daadi. I know I will be re-watching daadi’s scenes many more times. Along with daadi, the quietly elegant Husna was the soul of this show for me. I have to say I felt cheated that despite all those tantalizing glimpses in to her painful past, we never really saw a resolution for Husna, she just kind of stayed where she had always been. I hoped for much more for/from this character, but sadly that was not to be. That said, Hina was fabulous as Husna. Her bonding with Osman was very real and her scenes with daadi were truly special.

The one track that held my attention in the latter part of the serial, as the Aunn Zara track became predictable and got of stuck in a rut, was that of aansa Nighat Parveen and Daday Jamshed. An unlikely pair, she the chhail chabili, relaxed, very rang ragili phupho and he the very sophisticated, punctual, and rigid army man.  Though I did not enjoy the way the mangni bit had been handled, and was annoyed that much like Aunn with his family, Zara too got away without really apologizing to phupho, I liked the proposal scene and Nighat’s subtle acceptance. Kudos to Faiza and Haissam for handling this middle aged romance very subtly and tastefully. Sabreen Hisbani was great as the OTT phupho, and Adnan Jaffer was perfect as the droolworthy fauji sahab.

Another track that never got old or boring was the bromance between Pir Manzar and apney Aunn sahab. As the story unfolded it became very difficult  to pick as to who was dumber and who the dumbest, both seemed equally qualified for the highest honors.

Be it their little dance on the roof top, or their samosa-chai meetings, Manzar’s spate of idiotic mashwaras, Aunn auditioning for Manzar, or their absolute dependence on each other for advice on every problem imaginable (and unimaginable!), Osman and Mukarram’s scenes were simply brilliant, and added so much more verve to the story. The other friend pairing, Zara and Shehna, did not get as much screen time. Though I am glad that Manzar and Shehna got together at the end, I missed seeing Shehna today. Mukarram was outstanding as Manzar, and Mahra Bhatty left her mark in a small role. Among others, Yasir Mazhar and Saima Saleem were yet another pair who made an impression as the loving chacha chachi. Along with Nighat’s two adorable girls, this was another couple we missed in the finale.

Coming specifically to the final installment, I found this one to a be a tepid, rather simplistic, all ends neatly tied, and everybody-lived-happily-ever-after kind of an episode. Rather than spending 17/18 episodes establishing Aunn as an immature man-child and then a rush to the finish in the last episode, it would have been great if the Aunn-Zara team had been able to strike to a happy balance, showing a gradual build up to the final resolution. I would have loved it if there had been enough time at the end to show the entire family together one last time, perhaps at Zara’s gaud-bharai or some such, giving us a chance to bid a fitting farewell to one of the most memorable TV families in recent times. 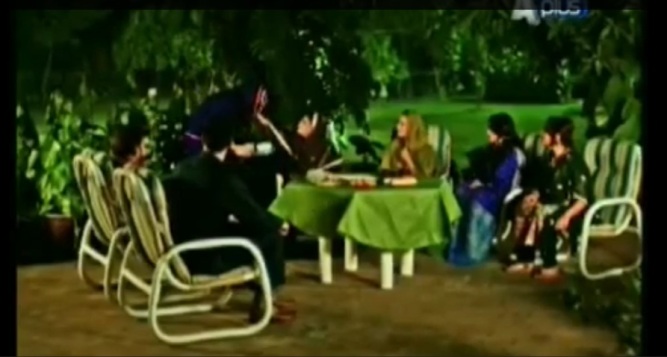 Yes, memorable this gang certainly was! A huge thank you to Faiza Iftikhar for her fabulous story, which touched on many a relevant social issue, but was never preachy or moralizing. Another thank you to Haissam Husain and his technical team who did more than enough justice Faiza’s script. The ambiance of Lahore and the great locations were beautifully captured by the DOP Ilyas Kashmiri, adding so much depth to the onscreen narrative. The wonderfully talented actors did full justice to the writer’s story and their director’s vision. All in all, Aunn Zara was a great ride, one that I enjoyed a lot!

What did you all think? Will you miss Aunn Zara? Do you think there should be a sequel? Looking forward to your comments!