My Encounter with Silk by Fawad Khan

Given our inordinate fascination with all things Fawad Khan AND our unquestionable interest in clothes AND our recent conversations, about close encounters of the celeb kind, I would be extremely remiss if I did not share this story, which just happens to brings together all of our fave elements. This, friends, is the story of my encounter with Silk by Fawad Khan.

To begin with, like other good self-respecting fans, I joined the Silk page long before we knew what exactly was going on. Hazarded a guess or two, heard the rumors etc, but ultimately what did it matter, it was a page endorsed by Mr. MAN himself – but of course I was gonna hit the Like tab.

Fast forward a few weeks to the first publicity shots, and my first thought: God! Could Mr. MAN be any more droolicious?!

Another few days in and SFK started unveiling their collection, and all kidding aside I really liked their stuff. I may not understand fashion but I do know what I like. I appreciated the simplicity of the cuts, the clean lines, vibrant colors, and no-fuss prints. The fusion of a decidedly eastern sensibility with a distinct western flair was very appealing. The other Pakistani stuff is cool n all but I cannot include it as a part of my everyday wardrobe – whereas this stuff I could. Moreover, as a result of not having gone back home in the past few years my closet needed some serious updating. Given this combo of want and need, the simple elegance of SFK designs was an easy sell.

Before their first exhibition, I got in touch with SFK and inquired about the possibility of ordering online. Though they expressed their inability to do so at the time, due to logistical issues, what made an immediate impression was their professionalism; their replies were courteous, detailed and prompt.

After the launch, when I saw pics of everyday people wearing SFK shirts, and looking good in them, I knew I wanted a couple. I inquired again, and yes, this time around I could order online, but since their web store wasn’t yet up, we exchanged a whole bunch of messages figuring out sizes, availability of colors and styles. Once again got prompt and patient responses to my 1001 queries.

A friend and I ordered together and one of her shirts

required a slip, something not obvious from the pictures, but conveyed to us by SFK. I don’t know if slips are regularly included, but in this case they not only volunteered the information, but added it in without additional charge. Needless to say this gesture was much appreciated.

A lot of back n forth later we finalized the order and I thought I was done with SFK. You cannot even begin to imagine my surprise when I got a phone call from the very charming Sadaf (yes, Mrs. MAN herself) to make sure we were on the same page and all queries on my part were fully answered. This level of attention to detail and this kind of professionalism was above and beyond expectations – I was floored.

Upon notification that my package had shipped, I happily closed the book on my very pleasant experience with SFK. Little did I know that rather than being the grand finale, this was just the interval – picture abhi baaqi thi mere dost…

No prizes for guessing what happened next – the package did not arrive. It was a huge mistake on my part to opt for delivery through express mail rather than choosing the courier option. Khair, both of us, SFK on their end and I on mine, tried to locate the missing parcel. Visits to the post office and phone calls to various offices yielded the info that it had never reached the US. Further queries in Pakistan revealed that it had gotten offloaded at Bahrain and never sent on to the US. 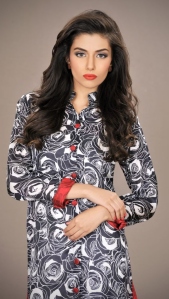 I’ve already praised SFK’s customer service, but this where they ratcheted it up another notch. Since I hadn’t received the package, they offered to send another shipment to replace the original order, and since some of the stuff I had ordered was no longer in stock they would simply refund that amount! I know this is done in the US, but is this now standard practice in Pakistan as well? If so, then that’s really impressive. For me, this gesture, from a Pakistani vendor, was completely unexpected.

While going through the process of once again finalizing the order, we got news that the package had finally made it to the US. A huge sigh of relief was heaved on both sides. SFK showed their class yet again when they voluntarily refunded the shipping cost to apologize for the delay.

Though the package had made it to the US, it then got stuck in customs in NYC. By now this whole story had been going on for more than a month and I had pretty much given up on getting the package intact. But, guess what, one fine day it just showed up on my doorstep, all stuff accounted for.  The over-stretched 100+ episode soap had finally found its way to a happy ending.

So after all this, were the shirts worth it? Yes! They look just as pretty in my

closet as they did in the catalog. There were no hanging threads, loose buttons or unsightly seams (huge pet peeves). The material could’ve been slightly thicker, but again it was designed for Pakistani summers and here I was wearing it in chilly October. Would I order from SFK again? Sure, if they do not compromise on quality, continue offering designs and cuts with a similar sensibility, and consider a thicker gauge silk more suitable for the cooler weather, I would definitely get more stuff from them. Would I recommend SFK to others? Absolutely!

Though I had no interaction with Mr. MAN himself, my 1+ celeb encounter was just as noteworthy. After an extended interaction with them, from the end of July till a couple of days ago, I have no qualms in saying that SFK is a class act in and of itself. Though I came to Silk via Mr. MAN I will now stay for Mrs. MAN – Sadaf and her SFK team are fabulous!

Finally, underlying all the lightheartedness is a more serious intent. How often is it that we read a feel-good story coming out of Pakistan, of things done right. More often than not, if its not about dirty politicians or blatant corruption or quotidian violence or endemic socio-economic problems, then its about about celebs indulging in outrageous acts or shooting off their mouths to garner cheap publicity. If, among all this, there are individuals working hard the old-fashioned way, not looking for shortcuts to make a quick buck, then their efforts deserve to be highlighted. We are quick to criticize, why not be equally eager to applaud? 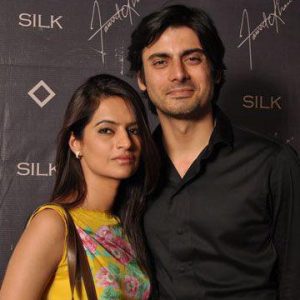